The last 2 weeks have been less productive than we would like on the bug fixing front. The Easter festivities along with a wave of illness have dampened our efforts. We have still managed to push out 2 more experimental releases, and fixed a few desyncs. We encountered one specific desync in the mass MP stress test last weekend, caused by a characters inventory size changing (such as researching the toolbelt technology) while the player is respawning.

The graph of crashes paints a similar story to how the office atmosphere feels. It is natural though, most of the major crashes affecting most players are resolved, so all that remains are the more difficult issues that only affect a handful of players. This means that each bug fix is less effective at reducing the overall crash count. 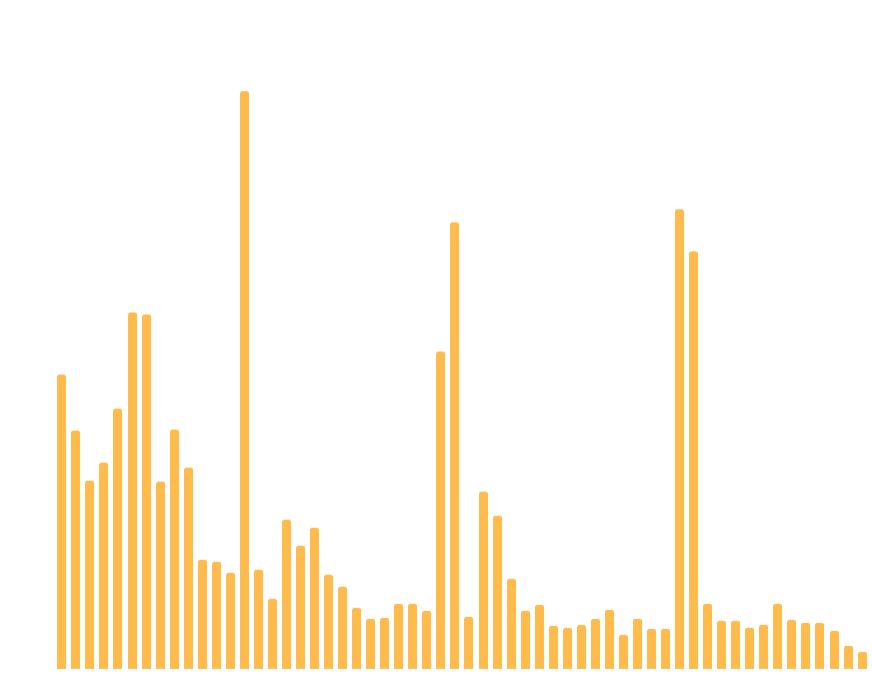 This last weekend, we had over 500 total crashes reported, which is a slight improvement over the prior weekend's ~650. One thing that makes our progress hard to evaluate is that we don't know how many people are actually playing experimental. Most people play through Steam, and so far we have found no way of determining how many people are opted-in to the 0.17 experimental through Steam. It could be that the game is more stable, or it could be that less people are playing.

There are still over 250 open bug reports on our forum, so it seems it will be a few more weeks until the first stable 0.17.

Some people have been asking when we will release the new GUI and GFX updates that we promised before 0.17 release. The plan is that after the first 0.17 stable version, some of the team will be moved from fixing bugs to working on features. At the point where we have a meaningful amount of new content ready (A few GUIs, some new GFX, etc.), we will release it as a new experimental 0.17 version. We plan to give some explanation and notice about these 'mini-content releases' in a FFF before they are each released.

As mentioned last week, we did a stress test of the Factorio multiplayer last Saturday. We didn't have any crashes, but the server was really struggling at around 300 players, kicking players when they got near that mark. We reached a maximum of 350 concurrent players.

The stress testing is also a good way to find and fix desyncs, as the probability of a desync is about 100 times higher with this many players.

We made some more tweaks and minor improvements and we plan to make the test again. Every week the stress tests are more stable and allow more and more players. This will probably be a weekly thing for a couple more weeks until we are happy with the stability and performance of multiplayer.

So, tomorrow (Saturday 27th April) at around 8pm CEST we will be making another stress test. If you want to help out, join the server and play normally when the game starts. Details will be posted in the KatherineOfSky discord in the #mmo_stresstest channel. Or keep an eye out for the Steam announcement (event) notification. The server will probably become unstable or might require some restarts as we test, debug and trace things, so please bear with us.