We recently bought and assembled some high-end PCs, with the hope to gauge performance, speed up running tests, and potentially consolidate the number of servers we are maintaining internally. The two lucky CPUs were a i9-9980XE 18-core and a Ryzen 3900X 12-core. 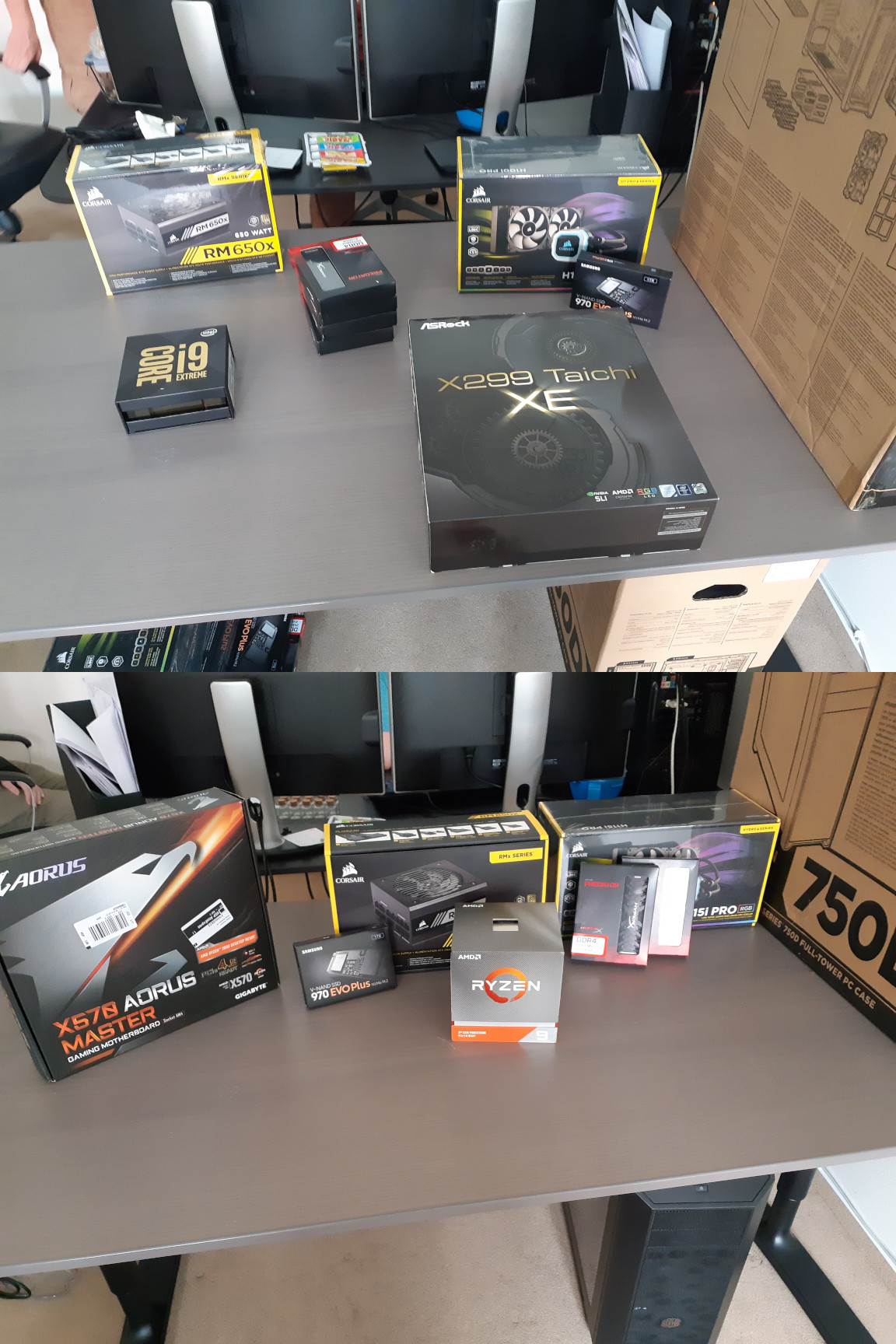 We are using the time to complete our test suite in 'heavy mode' as a benchmark. Heavy mode basically saves and reloads the game each tick, and compares a CRC of the map from before and after. It is super slow to run, but the heavy test is critical to help find any possible determinism issues. There is some more info on 'heavy mode' in FFF-63.

As a baseline, the 'standard' CPU in the office for developers is the i9-7900x 10-core, which runs heavy tests in about 530 seconds. In real time this is 8 minutes and 50 seconds, a long time for a team member to sit around for results before they can push. We can do better!

As you would expect, the new 18-core was blazing fast, with a test time of about 400 seconds, shaving off over 2 minutes. However the Ryzen was a different story, with a test time of about 600 seconds. This goes against what we predicted, where more cores and higher frequency mean lower test times. The initial results from the 12-core Ryzen were worse than from the 10-core Intel; not a good start.

So I did some digging and some research, and the answer I arrived at was RAM. When we ordered the parts, not much thought was given to the selection of RAM, just some standard 16GB 2666MHz sticks to fill all the slots. Luckily, I looked on a local Czech website, and they had some stock of the brand new G.SKILL 3600MHz Trident RGB Neo, a high performance RAM stick made exactly to suit our new Ryzen CPU. After installing the new RAM, we had a test result that better matched our expectations: 450 seconds. We knew beforehand that Ryzen liked fast RAM, but we didn't realize how significant of a difference it could make.

So now we have set up both these new machines to run tests automatically after each commit, and we are very happy with the result. The new i9-9980XE can compile and run heavy tests faster than our old i7-4790K can compile and run just normal tests. Having it run automatically also frees up individual developers from the responsibility of running heavy tests locally, so they can just push as normal and continue working.

Alongside building the new servers, we also had some new storage shelves installed in the server room. So this week I spent some time moving the servers from their old home (of the floor) onto the new racks, and moving a lot of the 'PC junk' (cables, mice, fans, spidertron, keyboards, SSDs, headphones etc.) that had accumulated around the office into the server room. 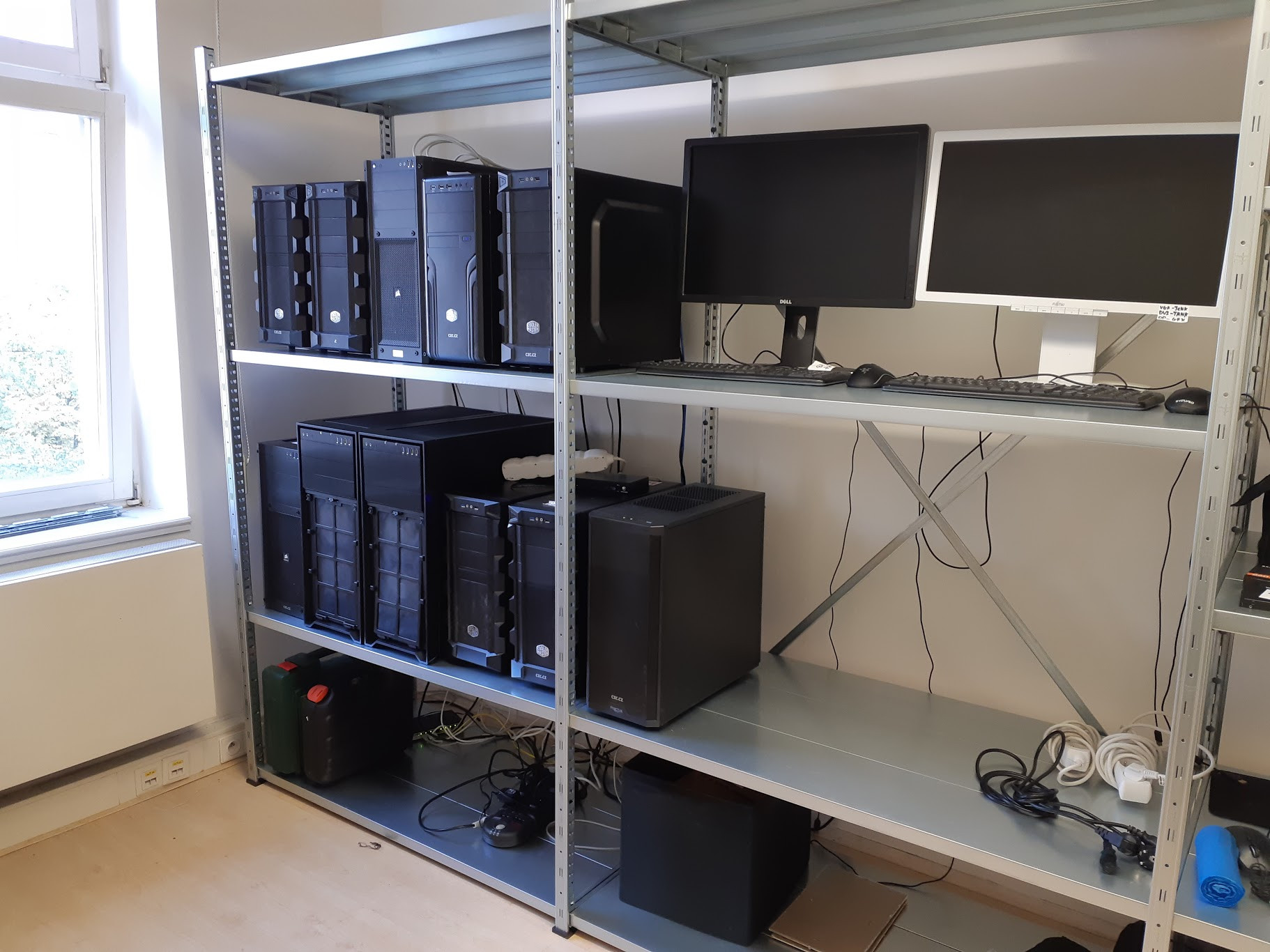 We now have 10 servers, some run tests, some do the deployments, etc. We are hoping to reduce this number in the future, as we can have 1 beefy PC do the work that is currently handled by multiple older/slower ones.

This week I spotted a Reddit post by /u/Bladjomir. It is a video of this modded base after he had respawned all the biter bases. I was really in awe at just how different the game can 'feel' once you started adding and combining mods (especially when it is coupled with the classic Red Alert 2 soundtrack). So I messaged Bladjomir asking if I could include his video in this Friday facts, and he took the time to create a brand new video for us to showcase:

As someone who grew up playing the old school RTS games, these videos really hit on some nostalgia for me. What I am really proud of, on behalf of the team here, is just how well the game supports mods. It really is just so amazing to me that we have a engine now that can be extended and overhauled by mods and just works.

There will be a time when Factorio base game is finished, when we have made the game we set out to make. Yet even though our vision is complete, anybody can come along and implement their own ideas, rework what we have done, and even (theoretically) turn off the base mod and make essentially their own new game in the engine. So in the (super) long run, I believe that mod support will be critical to keep the game and community alive, and continuing to improve the modding capabilities of the game is a strong possibility for post 1.0 support/updates.