today we had a presentation about the game at one of the universities here in Prague for the subject called "Video game development". It was focused on what is it like to develop an indie game. So yesterday we spent some time reflecting the past year and a half to come up with topics to talk about. We were thinking a lot about the period about a year ago before the Indiegogo campaign started, when the game was completely unknown to the public and we were close to burning out. The positive finding wat that as opposed to that period the work is now much less stressful and generally enjoyable. Maybe we (and people in general) should think about our down moments more often to better appreciate what we have ...

Last Friday Facts promised a stable 0.8 release in the beginning of this week. Well, that was a false promise because couple of more bugs have been found that resulted in the new record for number of bugfix releases. Now we have the 0.8.8 in the experimental stage. If there are no serious issues found this will be made stable during the weekend. Having so many bugfix releases is rather annoying (and we plan to improve here by starting with automated testing) but it doesn't slow us down in the regular development. We have multiple development branches and the work on the 0.9 has been going for a while in the master branch, while the bugfixes are collected in the current release branch (the 0.8.x) and then merged back into the master.

Talking about the 0.9, the work has been progressing well. Quite some internal rework of concepts is required for the oil industry and fluids in general. However, yesterday we already had an assembling machine that makes a recipe from some items and water supplied by the pipe. For this to work the recipe mechanism has been generalized and in the end (not yet done) following will be possible:

There might not be much more fluid content aside from the oil (and its variations) in the 0.9, however the mechanisms will be there for the modders to play with and take advantage of them. And we are curious what they come up with:)

Kovarex has been working on the native blueprints for some time and he has the core functionality more or less finished. Of course that is just a small portion of the total work required (polishing, bugfixing, integration with other concepts, etc.) but it is something that can already be played with in the 0.9 branch. And it is actually quite fun to play with. The system is relatively straightforward now:

You can check it out on the mini picture series below, where blueprints have been used to build the standard furnace line. 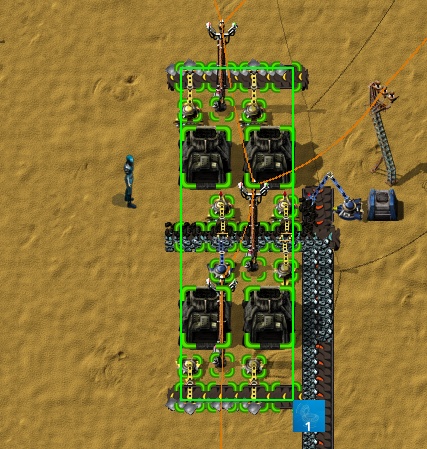 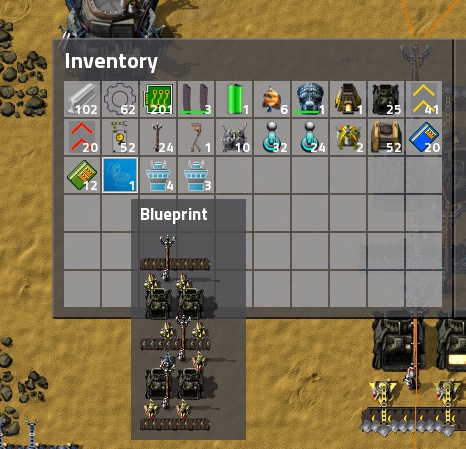 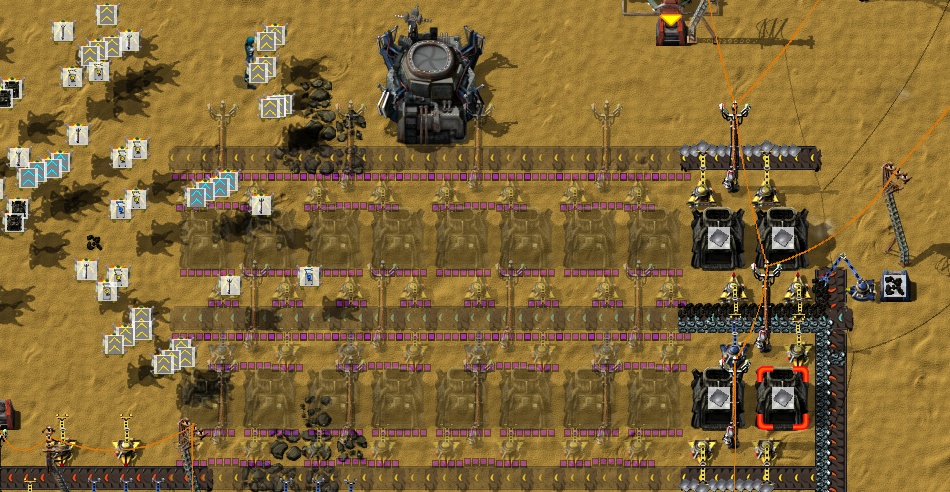