TLDR: the Stable candidate of the Introduction scenario is now in Experimental please play it and send me your screenshots. Feedback especially on the “freeform endgame” would be greatly appreciated. We have also released a Experimental version of the Demo, be sure to send this link to your friends ASAP.

SPOILER WARNING: If you have not yet played the Introduction Scenario, go play it before you read this.

The tutorial components of the Introduction are working very well now. There is still more polish to do, but I feel confident it is ready for new players of all kinds.

The rest of this article will discuss the Introduction, but from the point of view of a player who has not payed for the game yet. Once 0.17 Stable comes out, the Free Demo will be replaced with just the Introduction Scenario.

What we wanted from a new version of the Demo

The old demo has a very limited amount of content, and only about 2 hours of playtime. The content it does present is very dated, and hardly could be called representative of contemporary Freeplay Factorio, it did not even include Research!

We had some design constraints for the new demo, some of which were:

Whatever happened, we hoped that the new demo would demonstrate a wider range of Factorios concepts, including a small taste of deathworld difficulty. I would say we were too successful.

We decided to do this with a final quest where the player has to quickly complete a long research while the biter attacks increase in strength. The player needs to be completely attentive, otherwise their defense will fall over. 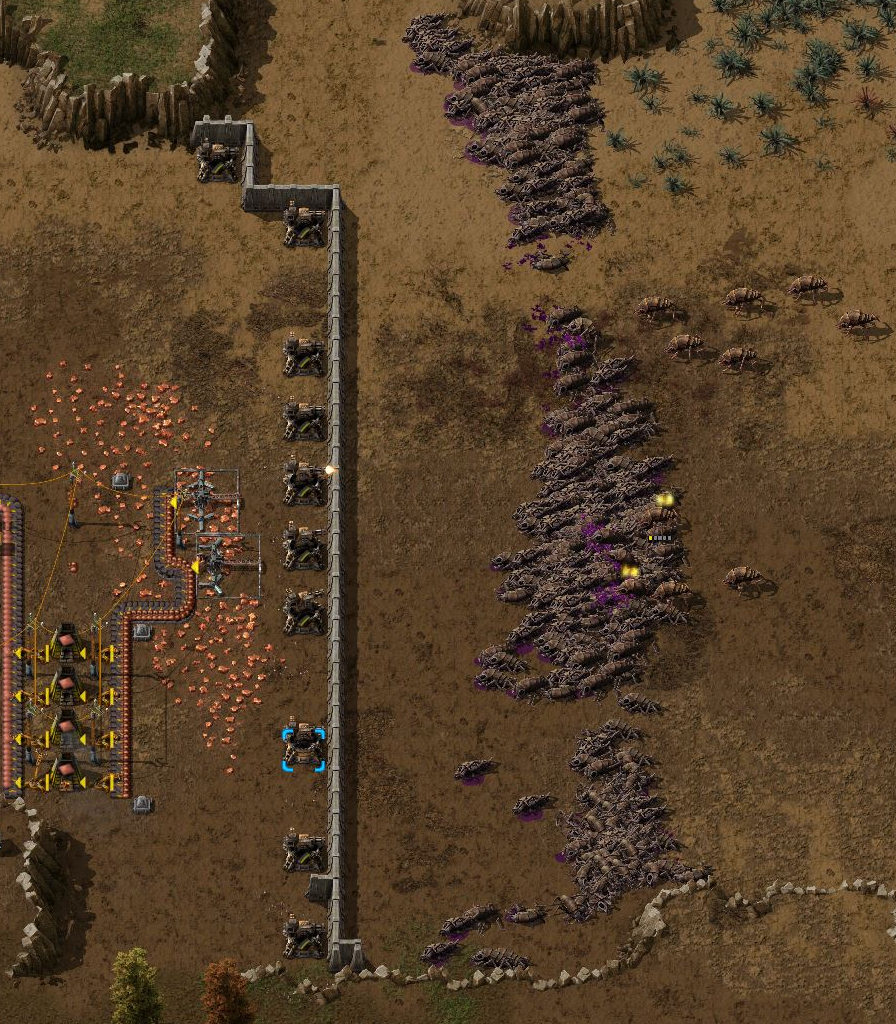 An invisible, dynamic difficulty curve meant that everyone was challenged to the breaking point, veterans and new players alike. See FFF-284. For the goal of being a challenge, I would say it was working well.

What other people were thinking

People loved it or hated it. I received many elated emails saying how intense the final battle was and how sweet the victory felt. I also received pseudo-hatemail about 1,000 hour players rage quitting.

The reason a lot of vets were failing was because they were pretending to be new players. This generally meant playing as a vet (using shortcut keys, and high APM, heavy pollution) but placing few turrets, generally in sub-optimal locations, and being lazy with ammunition delivery.

Newer players felt pressured and were generally able to pull off a close victory. Many said they were overrun at the end, but still were victorious, giving an interesting moment to leave the game and start freeplay with a high heartrate.

Feedback was far more positive than negative, but from the negative feedback there were two recurring themes.

This removes the chance that the player can lose, but introduces new problems with the design. It removes ammunition as a production pressure, and makes Turret placement irrelevant.

This sounds like it could work and for the second problem listed above, it does. The player has more time to react. However this means that only new players experience the challenge, as they most likely have built the fewest Labs, and take the longest to finish the quest. Vets will finish before the attacks built up to any meaningful level. Just making it easier for the players who are able to overcome the challenge the most seems odd.

In order to have a decent number of biters so the production challenge is not lost, the waves need to be very large. For the player to have enough notice between waves, there is a chance they will be able to finish the research before the first one comes. Also the most common failure state was when a Turret with 200 rounds is destroyed, meaning the player cannot craft enough new ammo to keep up with the waves. This happens more often with bigger, less frequent waves.

All three of these solutions have one thing in common: we would need to implement them in a way that removed the challenge almost completely. So I suggested an alternative solution.

Now there is no timed research and defence quest at the end of the Introduction. Instead the player is told to destroy Biter spawners to reduce the attack frequency, and then they are left to deal with Freeplay style attacks. The structure of the final quest is similar to Freeplay itself "Research a technology at the bottom of the tech tree". The player now needs to automate Logistic Science packs to win the Introduction.

If the player cannot survive here, they will not survive a Freeplay game, but realistically the biter challenge in Default settings Freeplay is not particularly worrisome.

Having a great Demo is important to us. We don’t want someone to pay for the game, just to see if they like it. It is also fits well with our no sales policy. We already offer an extended refund period to players who buy on our website, if they gave the game a red-hot go but discovered it was not for them.

Demos are in general a super cool thing from the 90’s that most people here wish still existed.

So we will increase the amount of content in the demo. You can continue playing at the end of the Introduction, and I suspect there is about 10 hours of stuff to do. We are also adding more recipes and technologies to the Demo. 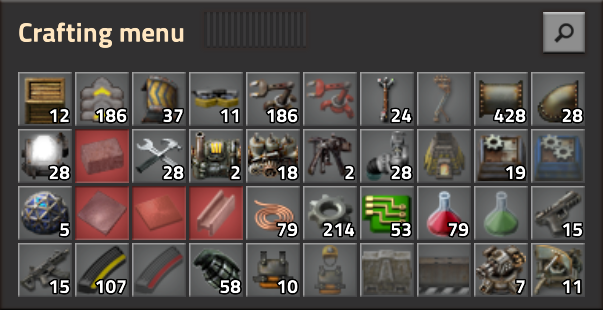 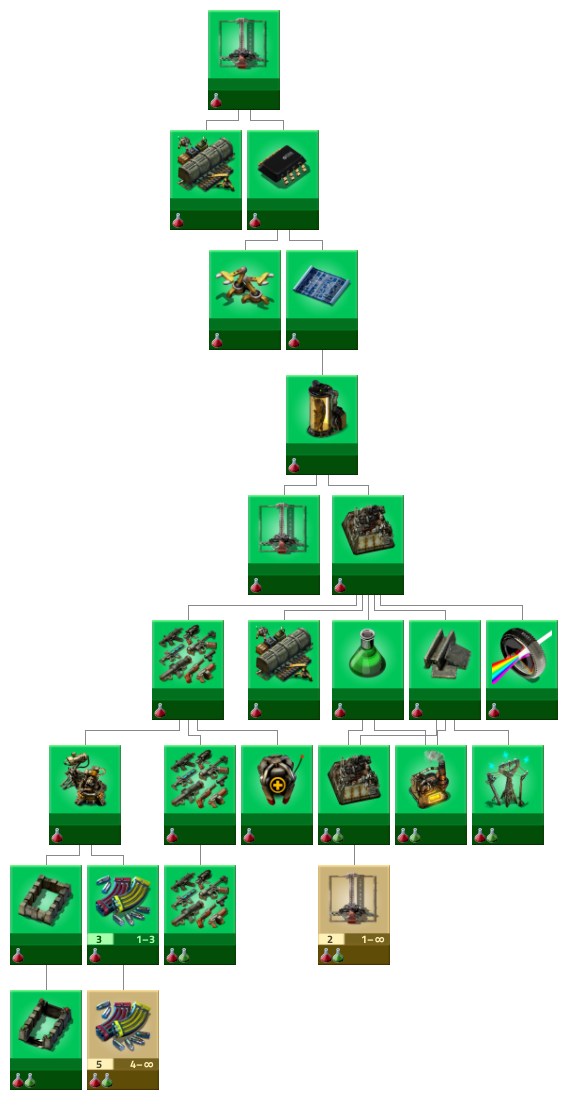 The size of the final play area is also much larger. 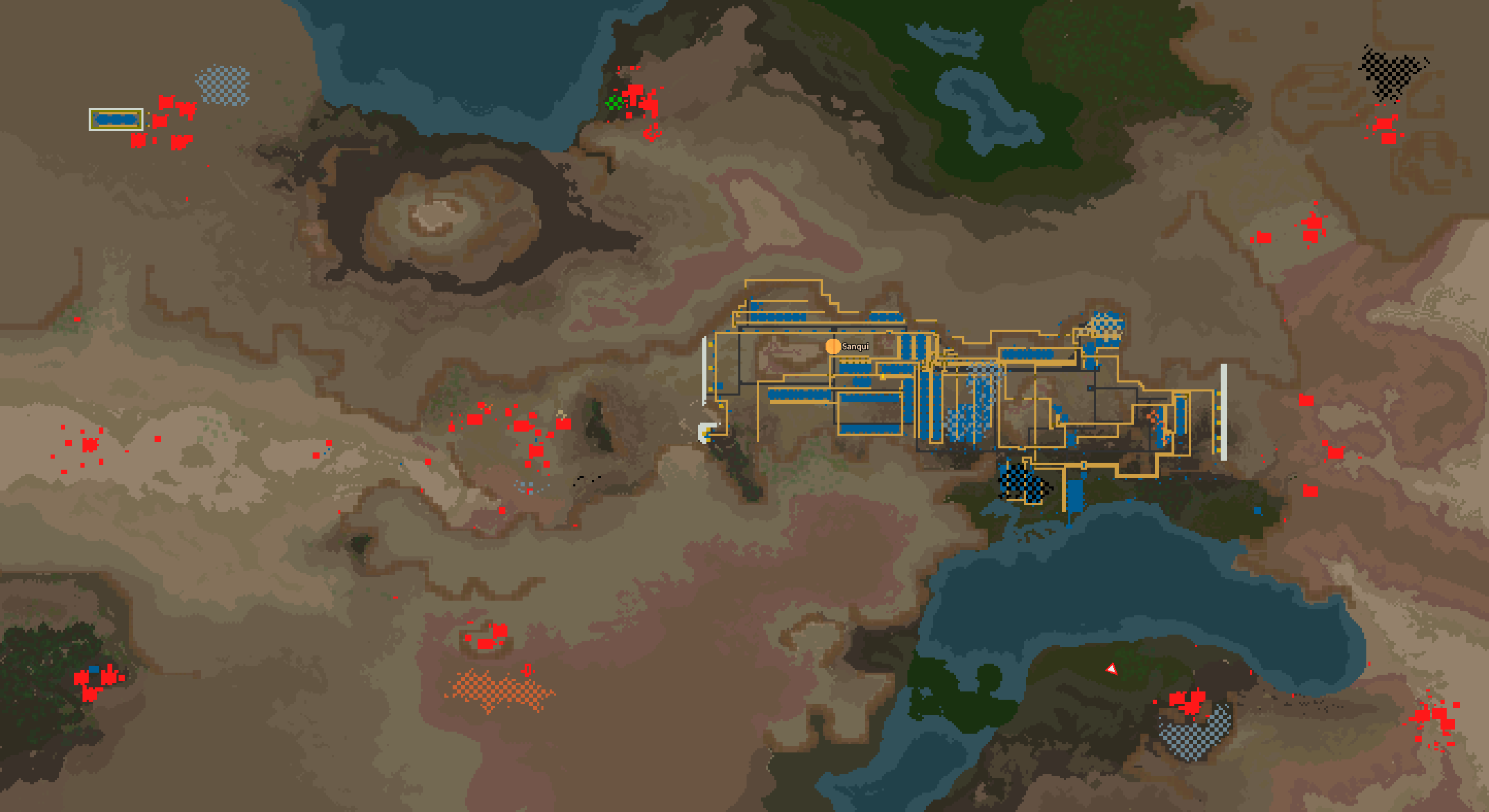 We have released the changes today, and also released an experimental version of the demo. Please let us know if you have any feedback or suggestions in the usual places.

As always, you can discuss on our forums!