Friday Facts #313 - Light at the end of the bug tunnel

Hello, We have had quite a peaceful week here in the office.

Last night we went out for a burger and a beer as a last meal with Ernestas before he flies back home for another few months. It was also quite nostalgic, as we went to a place that we used to go to frequently near our old office, and the staff still remembered us.

Light at the end of the bug tunnel Klonan

It seems our 'news' of some programmers taking a break made headlines this last week: Work slows on Factorio while a dev “levels his priest” in WoW Classic. Even though he is still not level 60, Kovarex found some time to fix a few more bugs, which seemed to go very smoothly, as he is feeling super recharged.

We also had Boskid come to visit the office, and he helped us do some intensive testing and test writing. Working together with Dominik, the two managed to find and fix a lot of bugs related to the fluid mixing system. It was certainly more efficient having someone doing QA inside of the office, so it seems our team might be getting a bit bigger.

With the last 'blocking bugs' resolved, the bug war is almost at a close. The count on the forum is down to only 16, and the automatic crash reports are looking okay:

We have released version 0.17.69, we are optimistic that this version may be able to be called stable. While this is almost over 1 month after our first 'stable candidate', we are confident now that this version is more stable than 0.16.

In last week's FFF we presented the new landfill terrain. We felt relieved by having another task done in GFX. One of the first reactions in our forums was the idea by eradicator of rotating the grid to 45°. It followed a fast mockup made by ThreePounds. The idea was good, and apart from us, some people on the forums agreed.

The modification of our sources to get this rotation done was very affordable to us, so we decided to make it official and here we are now presenting it: 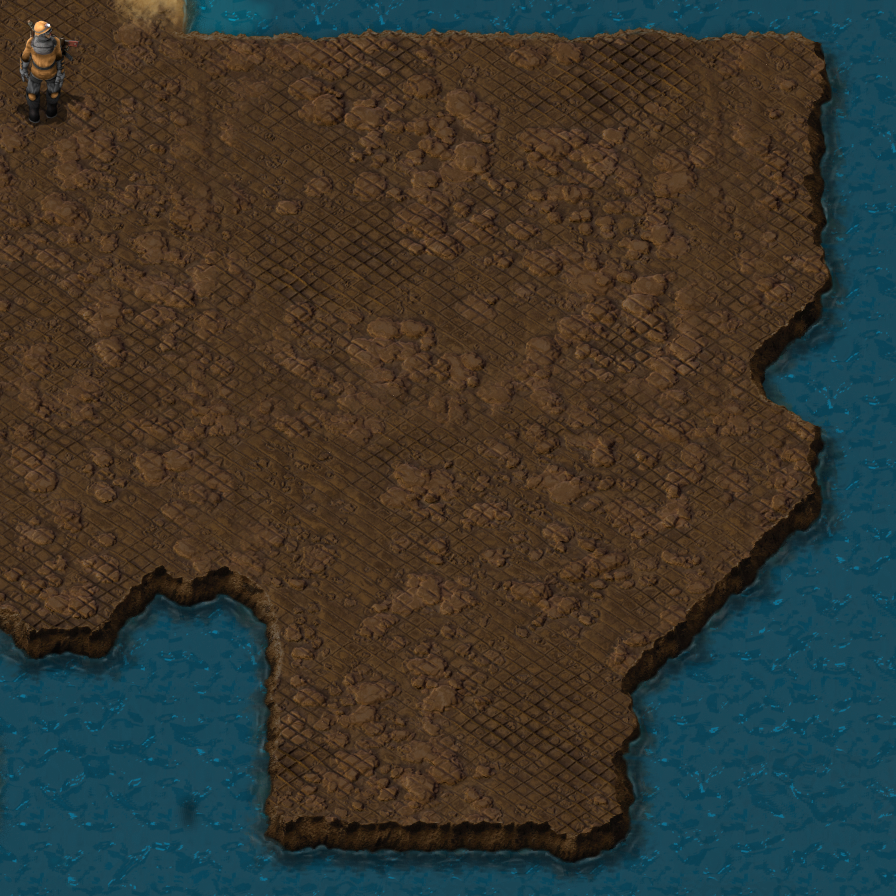 This solution is nicer than the 90°'s one because basically it doesn't interfere with the tile grid of the game, and provides a nice loose space feeling in the general composition. I just felt a bit guilty for not coming with the best approach from the beginning, but luckily our community is very keen to give us feedback on any aspect of the game.

Thanks guys for the feedback.