One advantage of switching to home working during the COVID-19 crisis is the ability to listen to the game using speakers rather than headphones, and this has proved useful in balancing the relative levels of the game. Val has also been getting to grips with Lua, and this has led him to working on attenuations, which have been proving problematic. For instance, we noticed that sounds such as the radar were getting cut off when you walked away from them, rather than fading out cleanly.

I investigated and discovered we had a maximum environment sound limit of 15, by raising this to 50 we have eliminated many of these problems. But then the downside is that there are now more sounds playing and therefore more clutter to mix and balance. 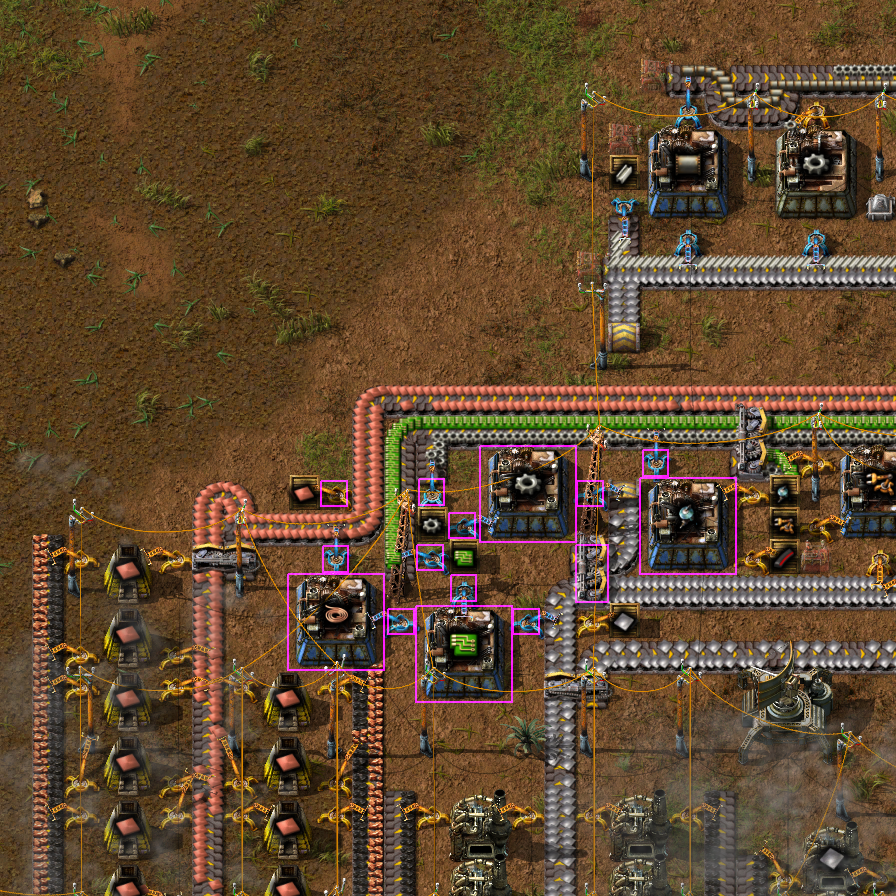 Rseding has been working through the list of sound design programming tasks, for instance we finally have the sound for the artillery turret rotation integrated into the game (which was featured in FFF-252 quite a while ago).

In other news, we have an updated concept for the transport belts. We listened to feedback from the community that they were still a bit too present and annoying. The idea of the new sounds is that they will drift into the distance a bit more and become unnoticed (until you try to fall asleep).

More fun sounds include water splashes, electric and laser beams, more powerful weapons such as the gun turret and vehicle machine gun. And our old robot sounds have come back as additions.

If all goes to plan, we will merge the sound changes into master very soon, and once we've done all our pre-release checks, release it to the 0.18 experimental.

After that, I plan to spend time on UI sounds, and also balancing the overall levels to get them more in line with other games, which is trickier than normal given the lack of audio middleware. However we have also made some changes to the default sound settings that move us in the right direction.

Lately Ian and I were occupied with mixing and sound attenuation of the game. Attenuation of the sounds is a great tool for mixing a game. Using it you can make all sounds more located, take a certain place, you can clearly hear what object you are passing by, and sounds don’t overlap each other as much. Another bonus is that reaching an object won’t shock you with the full volume of its sound, as it is audible at a distance and ramps up in volume. All that brings you a clearer mix of everything you hear in the game.

While checking the offshore pump and I noticed that pipes produced a small part of their loop when I walked near them, even if there was no water flow inside.


The pipe is making a sound, even though no fluid is flowing

Rseding told me that it must be a conflict of the entity working_sound in combination with the max_sounds_per_type we use to limit the number of certain types of sounds playing at the same time. After thinking a while, I decided to remove the max_sounds_per_type and added a audible_distance_modifier with a very small value for pipes. I tested that, and for my happiness it worked well in this case.

There are probably another 100 little issues like this in the sound design, it is not as simple as replacing all the audio samples, and we are getting there. This is also why your feedback and bug reports on the sound changes are extremely useful to us, as we need to take care of as many areas as we can before 1.0 arrives.