We are aware that we don't add so much content to Factorio these days. The reason we always state is that we are focusing on polishing and finishing the game. There are a lot of little things and details (some call it quality of life improvements), that don't look that awesome when reviewed one by one, but once they accumulate together they should make a big difference in the game experience. I'm going to talk about some of them now, but don't be afraid that we won't add anything new in the 0.16, as the work on the artillery train has already started and it is probably going to be epic :).

One of the problems with blueprints and ghosts was when you create blueprint of this: 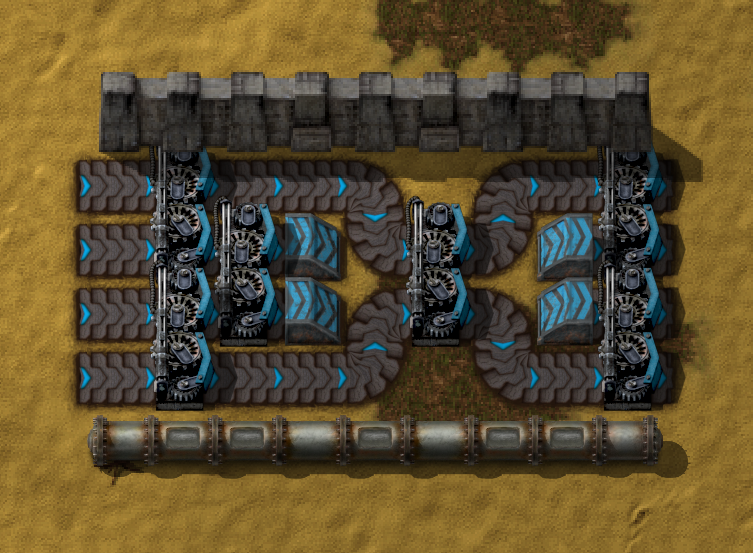 Entities don't connect in the blueprint itself, so it looks as ugly as this: 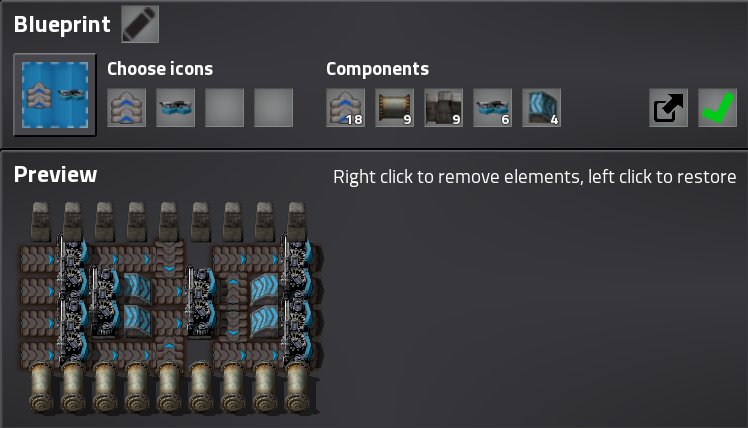 Once you build the blueprint, it looks like this until it is actually constructed: 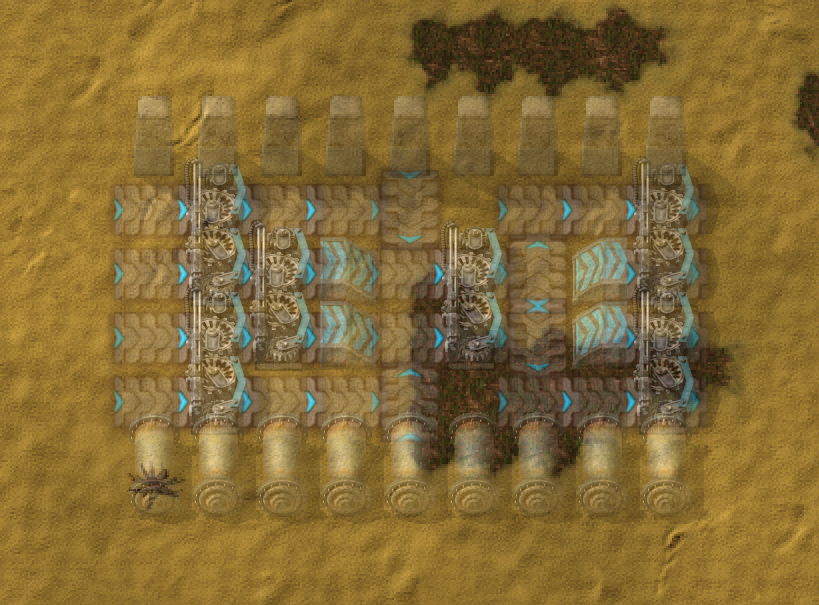 This bugged me, but the solution wasn't so straightforward. The logic of connecting entities is based on the them being actually placed somewhere on the map, but in the blueprint, the entities kind of exist "in the air". So I had to make special piece code for connecting entities in blueprints. I only cared about the visuals of belts, walls and pipes, so the code wasn't that complex after all. The looks like this in 0.16: 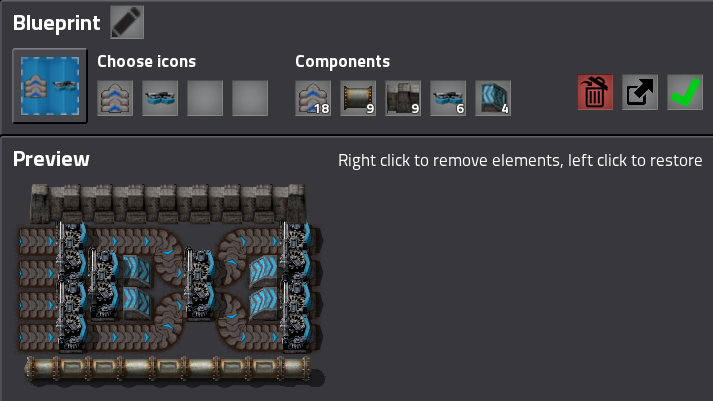 Next step was to make special code to connect ghosts entities together (and also normal versus ghost). This was the most tricky part, as we needed to make sure to not connect the internal transport lines of belts when doing so. Otherwise, the ghost belts would just work as normal belt :). We also needed to avoid ghosts of connected gates to not interfere with opening/closing logic of existing gates etc, but it works now and this is the result of the built blueprint now: 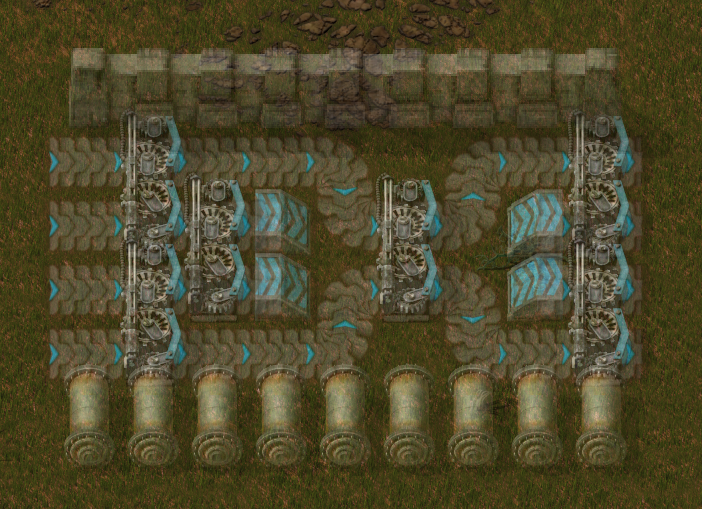 You can see, pipes are still not connecting. They are more delicate, as it would be harder to make the connections without affecting the performance of the pipe transition logic. We might either just not do it for pipes, use some special trick later, or wait until the fluid flow gets optimized. The optimizations would probably mean that the fluid control logic would be handled externally like belts, which might simplify things regarding the fake connections.

We described the problem in fff-201. Basically, blueprints with modded content would lose all their modded content whenever you load a game with the related mod deactivated. There is no going back, once you activate the mod again, the items are still lost.

The solution of this was one of the first task to Tom, one of our new programmers. Now when the blueprint is being loaded and it encounters entities that are no longer available, the original binary source of the blueprint and some additional meta data is saved along the blueprint, so once the mod is activated again, it can be fully revived. 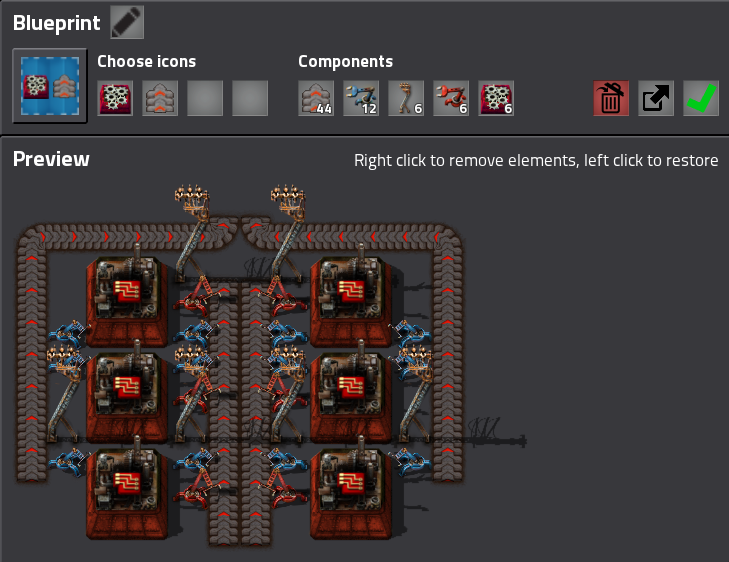 How it looks in the blueprint library when the mod is removed. 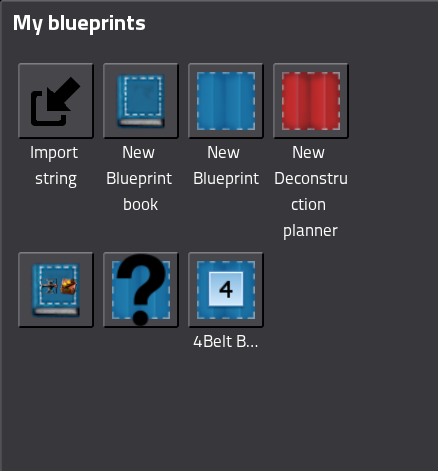 Preview of the blueprint that indicates where are entities that are not available now. 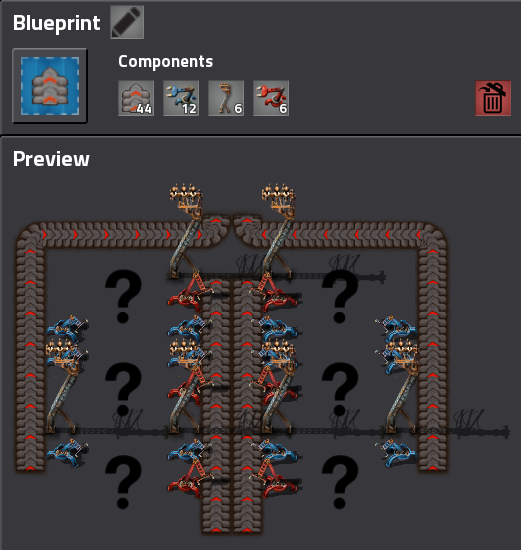 As always, let us know your thoughts, ideas and feedback on our forum.