Friday Facts #254 - No research queue for you

Hello, we are really appreciating that the new offices have proper air conditioning...

The research queue was one of the planned and implemented features for 0.17. The player could queue up to 5 technologies so the research would flow better. The weird thing about this feature is, that it sounds much better on paper than in reality.

I was playing with the research queue for the first time when I was testing the new tutorial/campaign and I noticed a weird thing about it. As I just queued all the 5 possible technologies in the first mission, I had no idea what and when was unlocked, so I was not taking advantage of these things for quite some time. Vaclav played a lot of normal (freeplay) games with the queue, and he also supported me that the feature in reality doesn't make the experience better. After that, we started to reconsider the feature. The breakdown is this:

So the overall decision was to remove this feature, on the condition that I have to say that I kovarex, personally, killed it. I am the one to blame :)

We have another round of Mod Portal updates for you.

There is now a new Trending section where you can browse fresh mods that have have seen a surge in downloads recently. The exact algorithm? Secret sauce, of course. 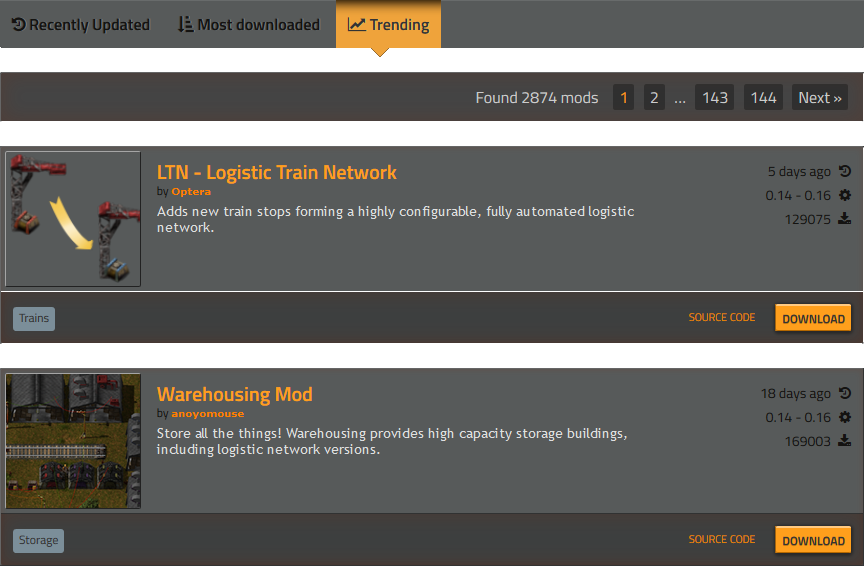 While browsing and searching for mods, you can now filter by game version, with the latest stable version naturally being the default selection.

The mod portal gives each mod its own little discussion section. However, rather than being a convenient place for mod authors to communicate with their fans, this could also be a source of annoyance, as some mods have other avenues (forum threads, GitHub...) and the mod portal had to be checked separately. This has now been alleviated with the new notification system. Mod authors are automatically subscribed to their mods' discussions, and posters can subscribe to the threads they create or reply to. Email notifications are off by default, but there's nothing easier than enabling them. 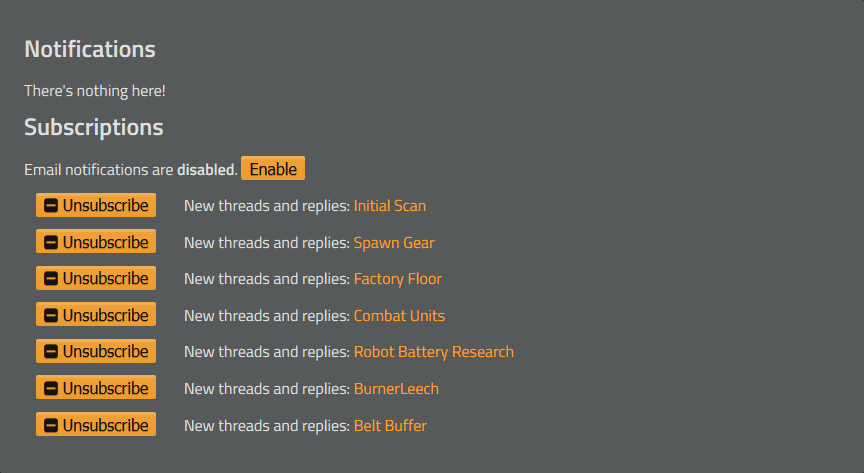 To further make the discussions more usable, mod authors and collaborators now have more moderation tools at their hands: they can lock and trash threads, as well as change their titles and category.

I will be shifting my focus from the mod portal for now, but feel free to post feedback and feature requests in the mod portal section on the forums.

As always, the pitchforks and flaming torches can be found over on our forum.